Having just finished my literature class, and with the American Library Association Conference looming, I'm going to spend time in my writer cave for the next few weeks. I'm hoping to get more author interviews in the near future too.

See you in July...and while you're waiting, enjoy this:

This past weekend, I experienced a lot of writerly growth at Phoenix Comicon. Here are some gleaned nuggets:

In the past, I'd heard some writers say their characters whispered things to them. These murmurs informed the writers who these characters were and what they really wanted--even if it was different from what was already written (What? You have a long-lost sister?). But my characters didn't seem to be telling me anything, even when I asked them to.

I realized it was because I was keeping them, and my story, in a choke-hold because I was so afraid of "wasted words" that wouldn't end up in the final draft. But being afraid to get too messy made everything fall flat under unnecessary confinement--and none of my pages got requests.

Your novel tells you what it wants. Not the other way around. Let your characters free, and they'll pop off the page.

Suggested Exercise: Open up a separate document from your novel and write a conversation between two of your characters. See where it leads.

2. Make sure those writerly words count

Most agents will see, at most, the first few paragraphs of your work. So make sure those really shine, and that any unnecessary words, actions or cliches are cut out. Also, when you're reading excerpts or pages out loud, be sure to start at the beginning. If you're not starting at the beginning (because Chapter Five is soooo much better), make Chapter Five the beginning.

Suggested Exercise: Look at your first ten words. First ten paragraphs. First ten pages. What stands out most? What doesn't stand out that should?

It tough to keep an eye on the publishing business during the crafting stage because it's constantly changing, and the business will likely be very different when your work finally gets out there (I know this is true for me).  But it's still a good idea to glean some of the basics, and demonstrate that you're in the know. For example, sci-fi/fantasy isn't an official genre. (Sci-fi is, and fantasy is, but together? No.). It's also good to be aware why certain genres exist, and what their purpose is. As an example, any story dependent on a romance (even as a subplot) is considered romance, and will be shelved that way.

Suggested Exercise: Go to your local bookstore (or even a chain, like Barnes and Noble) and try to figure out what categories they use. Which one would your book fit under?

Here are some other moments from Comicon that made the day even better:

Posted by Karen McCoy at 2:54 PM No comments:

Sometimes, your novel is a Rubik's Cube

My most recent edits transformed my novel from Frankenstein-ish into more of a Rubik's cube pattern. The colors are starting to align, and newer threads are finally melding with the first draft. Chapter 10 is much more solid, and soon I'll be able to tackle the next parts. And even if I have to undo a few things to get there (also like a Rubik's cube) they'll all fit together eventually.

So, take heart. Your novel can go from a fractured blob: 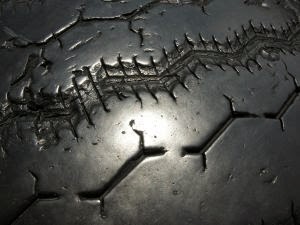 To a almost pattern, sometimes in a matter of days: 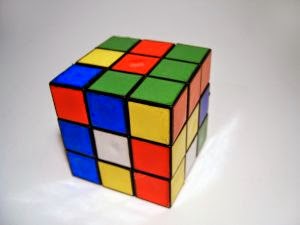 Just remember what your subconscious is telling you--what to eliminate, what to keep. And listen to your gut. What's working? What's not?

More about this in my recent Operation Awesome post.

Have a great week everyone!
Posted by Karen McCoy at 10:41 AM No comments: