I first saw Zohreh Ghahremani on a panel that discussed libraries collaborating with local authors, and I really liked what she had to say. I even quoted her in this article. Once I found out more about her books, I knew I had to interview her. 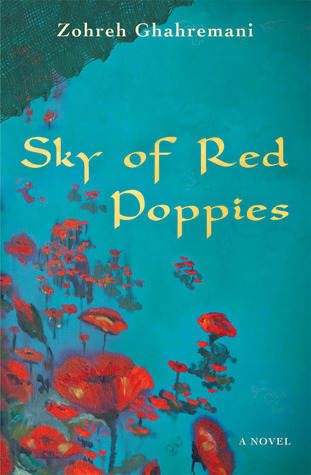 Sky of Red Poppies begins with an unusual friendship between two young women coming of age in a politically divided 1960’s Iran under rule of the Shah. As the story unfolds, the history and culture of their homeland takes on a life of its own. 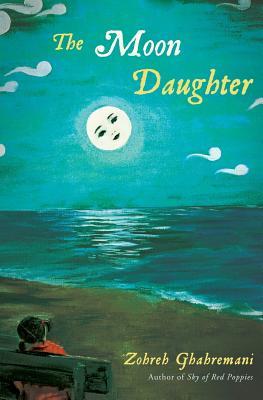 Rana is certain that her third child will be a boy. She has two daughters, yet a husband who demands a son. When she gives birth to another girl, Yalda, the impact on her marriage is immediate. In 1970s Iran, living within a culture where marital rights and gender roles are maintained with tradition and fervor, Rana is pushed to make the hardest decision of her life, and begins to set in motion a chain of events that will ripple through the next generation. A family saga, The Moon Daughter explores the universal dynamics of mothers and daughters, husbands and wives, and the struggles that define us.


Your book, SKY OF RED POPPIES, was selected as the winner of KPBS's One Book, One San Diego in 2012. In what ways has this book reached readers in ways you didn't expect?

I wrote this book with the intention of answering some of my own children’s questions while familiarizing them with their parent’s background and culture. Born and raised Americans, they can’t read Persian, have never been to Iran, and most of the English sources available to them are either too personal, or biased. What I did not expect was for my story to find its way to the hearts of thousands of other readers. To this day, readers tell me how universal the story is, and how easy it has been for them to identify with some of the characters. This will never cease to amaze me!

I love how universal your stories are too. For example, THE MOON DAUGHTER provides a lens into how people's relationships are affected by their different journeys. In what ways does the moon play a thematic role, and how did the story unfold as a result?

Here again I used two women and their diverse destinies to touch on the universal theme of family dynamics. It is about women, mothers and daughters, and how a man’s choices – not to mention power – can affect their destiny. It shows women’s strength despite the unfairness of law, and how similar our stories are. The moon itself is used in reference to a Persian rhyme, comparing a woman’s beauty to that of the moon.

Fascinating! You also write short stories and articles. What do you enjoy most about writing shorter pieces?

Books can take years, while blogs, short stories and essays provide a writer with instant gratification. Sometimes, I wake up in the dead of night and a fresh idea is screaming to come out. Some of these works make it to publication, the rest I file away. While writing a novel, sometimes I delve into this secret stash and pull out a passage that can be incorporated into the ongoing project.

I love when inspiration comes from unexpected places. If you could tell your younger writer self anything, what would it be and why?

I would say, “Don’t be so sad, Zoe. Just because they made a dentist out of you, it doesn’t make you any less of a writer. Writing is what you were born to do. Keep at it because your time will come.” And I think the answer to “why” I would say this is clear enough!

One too many said...

Dear Karen: In the words of Sa'adi – the 13 century Persian poet and philosopher – "A word that rises from one heart, has no choice but to land in another." Thank you for reading my books, and for allowing my words to land in your heart. I wish you and your eloquent writing style all the success in the world and look forward to when we shall meet again. Happy New Year, my new friend! With love, Zoe

Thank you, Zoe! You are a beautiful example of what every writer should strive for. I am so glad we met, and I look forward to keeping in touch! With love and hugs, Karen