RULES OF THE RUFF by Heidi Lang

I first discovered Heidi Lang and her sister, Kati Bartkowski, at this year's YANovCon, when I bought their middle grade book, A DASH OF DRAGON. Heidi Lang also has a contemporary book out now, RULES OF THE RUFF, and the sequel to A DASH OF DRAGON, called A HINT OF HYDRA, also came out recently: 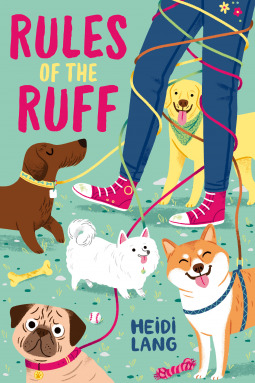 Twelve-year-old Jessie is in for a long summer at her aunt and uncle’s house. Her cousin Ann has a snotty new best friend, which leaves Jessie all alone. But Jessie is industrious, and—not content with being ignored all summer—she convinces Wes, a grouchy neighborhood dog walker, to take her on as his apprentice.

Sure, dog walking turns out to be harder than she expected, but she has Wes’s dog-walking code, the Rules of the Ruff, to guide her, and soon she’s wrangling her very own pack. But when a charismatic rival dog walker moves to town, she quickly snatches up most of Wes’s business—and Jessie decides she isn’t going to take this defeat with her tail between her legs. 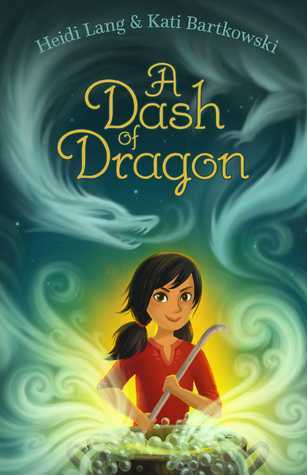 A thirteen-year-old master chef has a lot to prove as she tries to run a five-star restaurant, cook the perfect dragon cuisine, repay a greedy loan shark, and outsmart the Elven mafia.

Lailu Loganberry is an expert at hunting dangerous beasts. And she’s even better at cooking them.

For years Lailu has trained to be the best chef in the city. Her specialty? Monster cuisine. When her mentor agrees to open a new restaurant with Lailu as the head chef, she’s never been more excited. But her celebration is cut short when she discovers that her mentor borrowed money from Mr. Boss, a vicious loan shark. If they can’t pay him back, Lailu will not only lose her restaurant—she’ll have to cook for Mr. Boss for the rest of her life.

As Lailu scrambles to raise the money in time, she becomes trapped in a deadly conflict between the king’s cold-blooded assassin, the terrifying elf mafia, and Mr. Boss’ ruthless crew. Worst of all, her only hope in outsmarting Mr. Boss lies with the one person she hates—Greg, the most obnoxious boy in school and her rival in the restaurant business.

But like Lailu always says, if you can’t stand the heat, stay out of the kitchen. And she’s determined to succeed, no matter the cost! 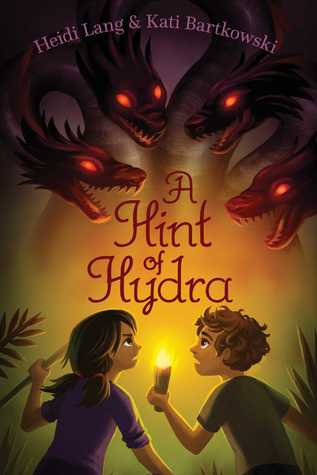 Thirteen-year-old chef Lailu Loganberry must stop a war between the elves and scientists in this follow-up to A Dash of Dragon, which Kirkus Reviews calls “a recipe for success.”

It’s the Week of Masks, a festival held to chase away evil spirits. But Lailu doesn’t have time to worry about demons. She has bigger fish to fry—or rather, griffons, now that she’s been asked to prepare a mystical feast for the king’s executioner, Lord Elister.

Unfortunately Lailu’s meal is overshadowed by the scientists’ latest invention: automatons, human-shaped machines that will respond to their masters’ every order. Most people are excited by the possibilities, but the mechanical men leave Lailu with a bad taste in her mouth.

Even worse, the elves still blame the scientists for the attacks on them weeks ago, and Lailu worries that the elves might be cooking up revenge. So when she and her sorta-rival-turned-almost-friend Greg stumble across the body of a scientist, the elves are the prime suspects. With help from Greg, her best friend Hannah, and the sneaky, winking spy Ryon, Lailu has to discover the truth behind the murder, and soon—because hostilities between the elves and the scientists are about to boil over faster than hydra stew.

And just ask any chef: war is bad for business.

You write with your sister, Kati. When did you first realize that you both wanted to write together?

When I realized Kati had a very unique, fun idea, and I wanted in on it. ;) We used to bounce story ideas off each other and work together to brainstorm for our separate projects even before we started writing together, so one day she told me she wanted to write two stories. The first was a girl’s quest to become the greatest master chef in the land. Her specialty? Dragon cuisine. Her second story would be a world where steampunk scientists move in and begin feuding with the resident elven mafia.

I loved both of those ideas, and added my own idea: to combine the two stories so the feud would be the backdrop to the chef’s quest. From there, I got caught up thinking of all these other fun elements Kati could include, so I kept calling her up with ideas and emailing her until I think I eventually wore her down with my relentless enthusiasm, and finally, she asked if I wanted to write it with her. I jumped at the offer, and our partnership was born.


And a great series was born too! I also love your standalone book, RULES OF THE RUFF, in which 12-year-old Jessie deals with a rival dog-walker. What do you hope readers take away from Jessie and her experiences?

That often it’s not that easy to know the right thing to do, especially when your emotions are involved. And sometimes good people do bad things for reasons they think are good, but which turn out to be selfish. I love Jessie and I think she’s a really good, empathetic person, but she gets so caught up in this world of dogs that she’s able to justify sabotaging another person’s business by deciding it’s actually better for those dogs. It’s not until a certain line is crossed that she realizes she’s not doing the right thing at all.

So really, I’d say the biggest take away from that rivalry is that even if a person makes mistakes, they can figure it out and grow into a better, wiser person down the road. But it will take a certain amount of self reflection and willingness to own up to those mistakes. To me, that moment of self reflection, where a kid realizes that either they are not the person they thought they were, or someone they looked up to is not quite the person they thought, is the moment where that kid starts on the path toward adulthood. Some of us take a little longer to get there than others, but eventually that “coming of age” moment hits all of us.


Indeed it does. A HINT OF HYDRA expands on the world you created in A DASH OF DRAGON by adding a bit of technology to get in Lailu's way. What was the most challenging part of adding to Lailu's story after the first book?

I’m not going to lie, writing a sequel was much harder than I thought it would be! Kati and I wanted to make sure we weren’t just doing a rehash of book 1. Our goal was to tell a different kind of story—in this case a murder mystery—while still keeping all of the elements that people loved about the first book. It felt like the mental equivalent of rubbing our heads and patting our stomachs at the same time, and it took us a little while to get our writer feet under us. We knew Starling would have her new creepy invention, and we knew the elves would be seeking revenge for the events of book 1; we just had to figure out what those things would look like. Once we had that set, everything fell into place.


Sounds like a challenging process! What are some of your current projects?

Kati and I actually just turned in our first draft of book 3 of the Mystic Cooking Chronicles, which, assuming it doesn’t change, will be called “A Pinch of Phoenix.” I don’t want to give too many spoilers, but let me just say that Lailu’s jerky first crush, Vahn, will get his just desserts. Also…something will happen that changes Lailu’s life forever, and might make our readers a little angry. Hopefully not too angry, though! ;)

I’m also working on another middle grade contemporary set in the same universe as RULES, which I hope to tell you more about soon…

This post can also be viewed here.
Posted by Karen McCoy at 11:03 AM