I first met Mary Volmer at Bridging: A One-Day Writing Retreat at St. Mary's College. This writing retreat offered a great space to write, think, and meditate. I was much more in tune with my writing process, and I felt at peace throughout. If you're near the Bay Area (or even if you aren't) this retreat is a necessary one.

I also got acquainted with Mary's writing--in particular, a historical novel called RELIANCE, ILLINOIS, which has an unforgettable protagonist. Have a look: 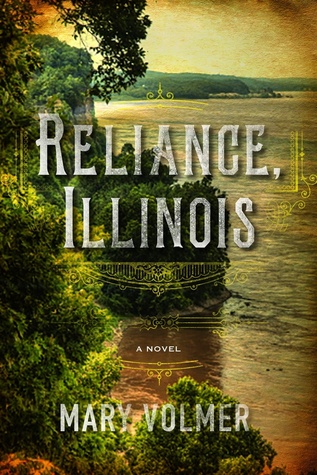 Illinois, 1874: With a birthmark covering half her face, thirteen-year-old Madelyn Branch is accustomed to cold and awkward greetings, and expects no less in the struggling town of Reliance. After all, her mother, Rebecca, was careful not to mention a daughter in the Matrimonial Times ad that brought them there. When Rebecca weds, Madelyn poses as her mother’s younger sister and earns a grudging berth in her new house. Deeply injured by her mother’s deceptions, Madelyn soon leaves to enter the service of Miss Rose Werner, prodigal daughter of the town’s founder. Miss Rose is a suffragette and purveyor of black market birth control who sees in Madelyn a project and potential acolyte. Madelyn, though, wants to feel beautiful and loved, and she pins her hopes on William Stark, a young photographer and haunted Civil War veteran.


You founded Bridging: A One-Day Hedgebrook Writers Retreat for Women. The retreat is centered upon the idea of radical hospitality. How did this become part of your vision?

Radical hospitality is the brain child of Nancy Nordhoff, founder of Hedgebrook, a writers residency on Whidbey Island, Washington. I was fortunate to attend a few years ago. The goal of the residency is to provide women writers time and solitude to work. Just as important, the residency offers the kind of nurturing atmosphere women are usually charged with providing for others.

When we were designing the Bridging Retreat at Saint Mary’s College, we knew we couldn’t possibly replicate a month-long Hedgebrook experience. What we could do was offer a day nourished by the same spirit. So, we opened the doors of our bucolic little campus and embraced the concept of radical hospitality. We invite women writers of all descriptions and disciplines, from the vast network of communities that make up the San Francisco Bay Area. What we offer is a taste of Hedgebrook: hours of uninterrupted writing time, great food, camaraderie and connections, and inspiration to propel us forward.


Inspiration that I'm still tapping into now. RELIANCE, ILLINOIS follows Madelyn Branch and her journey toward self-discovery during a time of immense change. In what ways can her story apply to what's happening in our world today?

Good question. I think the only way I can answer is to give a snapshot of the historical moment of the novel. The book is set in the 1870’s in the long shadow of the American Civil War. This was a dark time. The promises of early Civil Rights legislation was being violently countermanded by Jim Crow laws. Trumped up morality statutes (like the Comstock laws) were being wielded as weapons against women’s reproductive, professional, and economic rights.

And yet, with all this backsliding into racism and misogyny, reformers, like Miss Rose and Mrs. French in my book, continued to fight for equal rights and representation. Their story, and the story of Madelyn and her mother Rebecca, is one of stubborn hope and gritty resilience. I fear it’s more relevant now than when the book came out.


I don't doubt it. What do you think is one of the most common misconceptions that writers have?

a. "Thinking or talking about writing is as good as writing."

Thinking and talking about writing are necessary, but are no substitute for the labor of pen to paper. Imagine a person who watches, talks and thinks about sports, but who never plays or practices. I’ve described a fan, not athlete. You have to get messy in the work, fail a lot, read a lot, and sweat through the early drafts. That’s how stories (and writers) are made.

b. "Writing gets easier over time."

It doesn’t, but it does become more interesting.

c. "Publishing makes you a writer."

This is not true. What makes you a writer is the conviction that you have something to say, and (this is important) the patience and persistence to find the words to say it well.


Great analogy. What are some of your current projects?

I’m working on a new book set in the Sierra Nevada foothills during fire season. It’s a departure from my historical novels. I’m accustomed to studying events through the long lens of history. Now, I find the most compelling and unsettling moment is the current one. At the center of the story is a suspicious death and a tempestuous relationship between neighbors living in an rural, unincorporated foothill community. It’s also, more broadly, a story of survival, and a story about the ways we reconcile the life we’ve lived with the life once imagined or expected.


This post can also be viewed here.
Posted by Karen McCoy at 9:59 AM