Once again lurking on Janice Hardy's blog, I happened upon this great guest post from up and coming author Marie Lu.

Lu's new book, Legend, looks like a great new dystopian read. It releases today, and is published by Putnam/Penguin. 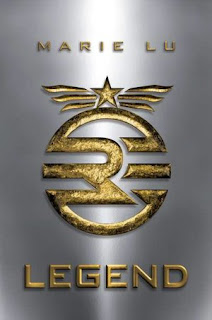 So have you thought about your secondary characters, and the role they have in your story?
Posted by The Writer Librarian at 12:49 PM