Earlier this year, I talked about Star Wars: The Force Awakens, and what it taught me as a writer. While that movie fell a bit short of my expectations (A bigger Death Star? Really?), Rogue One: A Star Wars Story did not. And, I learned even more about what makes good story and character development.

Some reviewers complained that there was more Death Star in the Rogue One movie, but at least here, it made sense in the script. We already knew that the Rebellion had gotten the plans for the Death Star somehow. So being mad about that is like being mad that Aaron Burr says, "And I'm the damned fool that shot him," at the beginning of Hamilton.

What really makes the story in Rogue One important is the sacrifices the people made to get those plans--most of whom weren't recognized and/or acknowledged. Of course there are obvious reasons why this is (due to the copyright date of Star Wars: A New Hope) but it also shows that real heroes don't go in expecting recognition. This very subtle nuance breathed the kind of life into Rogue One that The Force Awakens lacked by revealing the true nature of humanity and how war really changes and affects people.

Questions for writers: What would your hero do if he/she didn't think anyone was watching? Is this different from when your hero is in front of an audience?  Why/why not?


Lesson #2: The When and Why of Things

The other take-away I got from Rogue One was the unwillingness of some of its heroes, particularly Cassian Andor, a Rebel Alliance Intelligence officer played by the brilliant Diego Luna. A lot of people who saw this movie with me didn't like his character, and normally I'd agree. He's the naysayer put in to act as a mere foil for the main character, and, if not fleshed out, you pretty much hope this guy just stops talking so we can get on with the plot already. At least, that's how I often feel.

But with Diego Luna's Cassian, I bought it, and here's why. He demonstrated that people don't often act unless circumstances force them to do so. Cassian is extremely devoted to the Rebellion, and the script reveals why it's hard to break him of that. He needs a really good reason to change tactics, and finally finds one (though I won't tell you what it is).

Questions for writers: What motivates your characters to fight (or not fight)? Do they go along willingly, or are they stubborn within their journey?

Hope this helps. May the force be with you all. And here's some Teddy Roosevelt in homage to my other post. 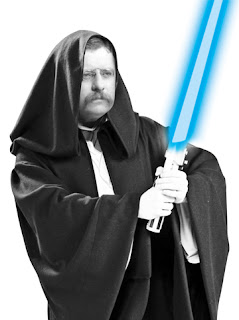