The Love on the Edge series by Molly E. Lee

I met Molly at Utopiacon this year, and her books immediately caught my eye. Her descriptions are off the charts, and her characters jump right off the page, especially in her Love on the Edge series. Have a look: 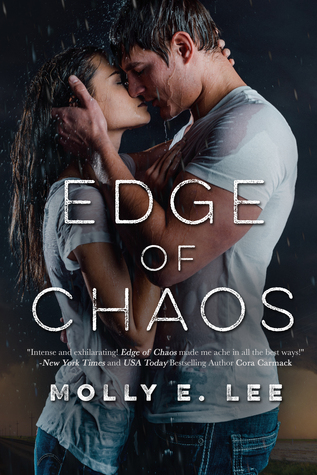 Blake Caster has been in an emotionally abusive relationship with Justin for so long, she can’t tell what is normal anymore, and so she clings to the one thing that is solidly hers—her passion for extreme weather.

Three years into her Meteorology degree, Blake meets professional storm chaser, Dash Lexington, who is as gorgeous as he is daring. Instantly recognizing her passion and skills in analyzing weather data, he makes a spot for her on his tight-knit storm chasing team. Dash and Blake form a fast friendship and it forces her to realize just how toxic her relationship with Justin is. She can’t deny the lightning-worthy chemistry she has with Dash or how her heart stalls every time he gets too close to a tornado.

With each chase and the cherished moments with Dash, Blake discovers her own self-worth and gains the strength to end things with Justin for good. But he won’t go easily. As Blake tries to sever ties with one man, she fears she’ll lose the other to his dangerous obsession—and she doesn't know if she’ll be enough to save him from the impending storm that could end them all.

Easton Wells has spent years burying his guilt by digging up some of the world’s most renowned treasures while surviving the dangerous terrains in which they’re located—all captured for television. When his producers threaten to axe the show, he has no choice but to turn to the last person he still trusts—the girl he left behind. 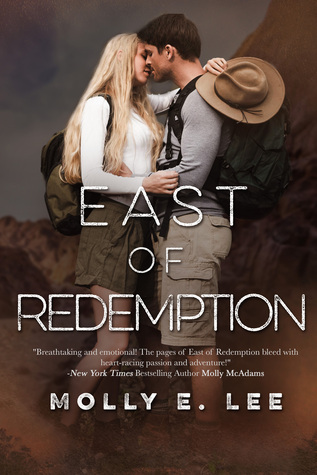 Rain Walker has made a name for herself documenting wild and endangered animals, and the last voice she expects to hear while shooting in South Africa is Easton’s. He’s more gorgeous than she remembers, but the pain in her heart is as fresh as ever. They’d once planned on spending the rest of their lives together, but after her father’s tragic death while on expedition in Israel with him, Easton bailed on their future together without an explanation. It’s been nine years, and yet the intense love they shared seems only a moment ago.

When he asks her to film his latest treasure hunt, Rain wants to turn him down instantly. But when he explains it’s to the same cave that swallowed her father, she can’t say no. She wants to experience the last place her father was alive, and she’s beyond curious about what happened to the boy she used to love.

They’ve got two weeks to locate a treasure that’s been lost for centuries, or Easton will lose the one thing in his life he’s come to depend on. As their old passion is reignited—and dark secrets uncovered—they face the extreme terrain of the mountain range that threatens them at every turn. As more than the wildlife and sharp drop-offs tries to kill them, Rain starts to question if the legendary treasure they seek—the same one her father had died trying to unearth—is truly meant to be found, or if some things, including their feelings for each other, are better left buried.

According to your website bio, you write both New Adult Contemporary and Young Adult Urban Fantasy novels. What do you like most about each genre and why?

There are many aspects that appeal to me about both genres. With NA Contemporary there is more freedom to push the boundaries with the romance and emotional content because the characters are adults but they are still trying to figure themselves out. And with YA Urban Fantasy I love the endless possibilities with world building and stakes. With young adults, the stakes are always different than they would be for an adult novel, and it’s wonderful to be able to explore all the “firsts” you get with teenage characters.

In EAST OF REDEMPTION, Easton Wells and Rain Walker are definitely trying to figure themselves out--and I love them both because of it. Did they come to you fully fleshed or did they develop as you wrote them? Did they surprise you in any way?

Thanks so much! I’m so glad you liked them!

Easton is one of my favorite characters and he came to me almost completely as you see him in East of Redemption! I loved writing him because he was a complex man carrying around such a heavy pain inside of him and yet he held on to it because he didn’t see any other way to live. Rain surprised me throughout the book with how forgiving she was of Easton’s faults…something that would be hard to do but it came naturally for her and I really enjoyed that characteristic. She was a strong woman who was confident in who she was and that made forgiving Easton as often as she did easier.

It's great when characters redeem one another. Your other book, EDGE OF CHAOS, deals with emotionally abusive relationships. What would you like readers to take away after reading Blake Caster's experience?

This is a popular question for those that have read Edge of Chaos. And when I sat down to write the novel, I didn’t have an agenda in mind…it was just how Blake’s story unfolded. The emotional abuse that takes place in the novel is very real and if I wanted anything out of it it was to show women or men in similar situations that they are not alone. There are so many people (unfortunately) that are experiencing this lesser known form of abuse and it can be very isolating. Often it can feel like no one will ever understand the situation because it’s hard to explain the type of abuse that doesn’t leave physical scars…so I hoped that people reading this book would be able to connect and hopefully find the strength they needed to get help. It’s been a wonderful experience to hear from readers who found strength from the book and shared their own stories with me and it means more to me than anyone will ever know.

I'm glad your stories have reached the people who need them! What are some of your current projects?

Currently I’m working on the continuation of Blake and Dash’s story! I had to give them another book because their relationship started so late in Edge of Chaos and their story just wasn’t finished yet. So, I’m in edits on that novel and will hope to have a release date to announce soon!